Building a home recording studio is a lot like writing a song. You need a great foundation. In the case of my music, it means a strong chorus and a catchy combination of chords. In the case of my studio, it means a solid concrete floor and soundproof concrete walls. I know how to make my music strong, but for my studio, I left the concreting to the professionals from ‘Concreting Ipswich’.

My new recording studio takes the place previously occupied by the fourth bedroom. The only problem was, I needed more space than the bedroom had to offer. I laid out my plans of an airlock leading into a recording room to my engineer John. He said it was doable in the space I had, but if I were to ever want something more, it would be wiser to do it now rather than renovate again later. That’s when I decided to go all-in and extend the house to create space for an adjoining sound room. Now my recording studio has an airlock, a soundproof room for recording, and a state-of-the-art room for sound control. It’s the studio of my dreams, and my concreters made the whole process come together perfectly.

I had no idea that concrete walls were an option until engineer John mentioned that many structures are erected with concrete walls when soundproofing is important. I knew I needed a concrete floor for the extension, but concrete walls were an unexpected twist. The plans were drawn up and the airlock would take up about one and half square meters of the old bedroom, the sound control room was to take up the remaining space, and then the live room was going to be extended out as a new addition to the house. This way, the room that needed the most soundproofing would have a concrete floor and 3 concrete walls. The remaining wall is glass to view and communicate between the sound control room and the live room. It is an absolute thing of musical beauty.

When the concreters arrived to do the floor, I was nervous. I know you only get one chance to put down a strong and sturdy slab and I didn’t want to live through the nightmare of busting out the jackhammer and starting again because my renovation wasn’t up to code. To my great relief, my concreters were professional and so efficient. The formwork was done, the plans were meticulously followed, and the slab was as smooth and strong as I had hoped. When it came time to construct the walls, I was equally impressed. Every part of the frame was measured and measured again before the walls were poured. It was 28 days before the concrete was cured and ready to be fully admired, but since then I’ve spent many afternoons admiring the work of the concreters in creating my super soundproof music studio. It looks so strong that I think a hurricane could pass over Brisbane, and if I was in my studio I wouldn’t even notice. 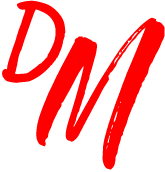